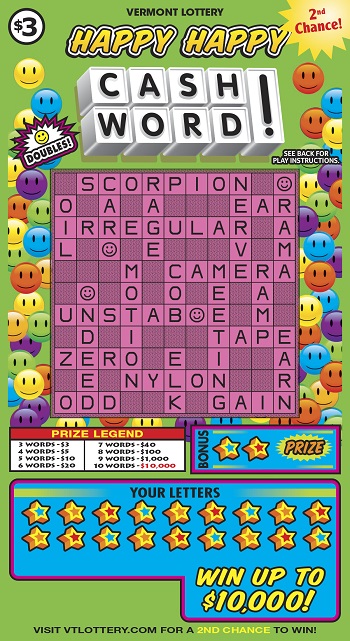 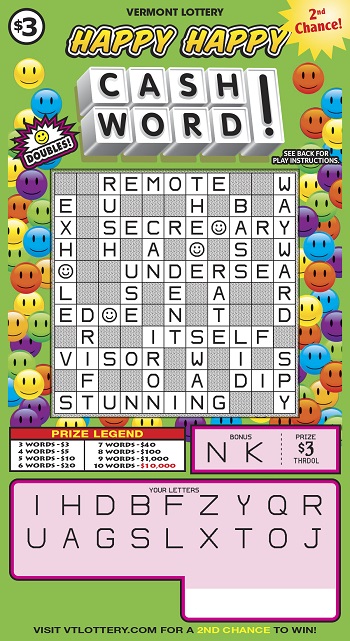 symbol in the word, win DOUBLE the prize shown in the prize legend. HAPPY FACE (

*Only applies to prizes won by completing three or more words.

Enter to Win
Enter your non-winning HAPPY HAPPY CASHWORD tickets into the Vermont Lottery’s 2nd Chance Top Prize and Quarterly drawings. Click here to enter tickets or to become a member of our 2nd Chance Club. Stay up to date by visiting the 2nd Chance site often, checking on draw dates, times, and scanning the winner’s page to see if you’ve won a prize.